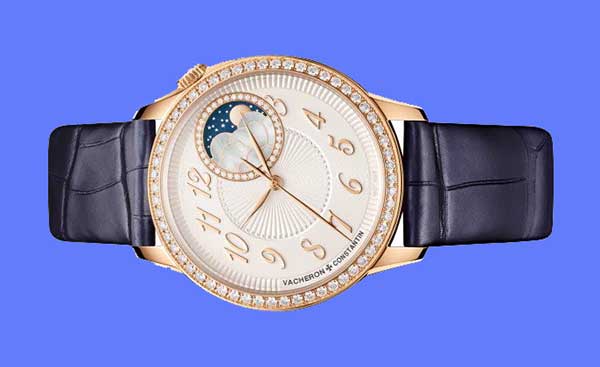 Here at Central Mega Pawn, we are sometimes asked for our professional opinion on what brand of luxury watch is the best investment or carries the best value. Our answer is, more often than not, Vacheron Constantin. Although not as popular in mainstream culture as other brands like Rolex or Tag Heuer, Vacheron Constantin is always an excellent investment in terms of design, craft, complications, and heritage. For those reasons and more, fans and collectors of luxury watches consider Vacheron Constantin to be among the world’s best. Below are just a few more reasons why timepieces by this design house are highly sought after as both investments and fashion statements.

They are some of the world’s most complicated watches

As a company, Vacheron Constantin prides itself on its long and record-breaking heritage in innovations in making complicated watches. As early as the mid-1700s, Vacheron began producing complicated timepieces, making them instant symbols of luxury and wealth, one of the first design houses to do so. Their complications have made them a prized addition to collectors all over the world for centuries.

A long tradition of beautiful design

Vacheron Constantin’s tradition of exquisite design extends beyond its timepieces and movements. The cases and dials of all of its fragments throughout its long history speak for themselves and are often considered innovations in their own right. In particular, the productions during the 1920s are prized for their striking and distinct Art-Deco styles.

However, around the mid-1940s, the creative focus of Vacheron Constantin began to include wristwatch case design. Today, the bold cases of this era are representative of one of the most exceptional opportunities to own a masterpiece of mid-20th century design—many styles produced during this period that continue to hold their appeal to collectors worldwide.

A Vacheron Constantin is considered an extraordinary value

It is the oldest watch manufacturer in continuous production

Fans and devotees of the watches form a community

Watches made by Vacheron Constantin can be collected at all price points. Whether a collector owns a timepiece from the 18th century that sells for an astronomical amount or one made in 2018 that was purchased for under $3,000, acquiring a watch made by Vacheron Constantin allows entry into a distinguished club with members across different social strata. Buying one’s way into the club is now easier than ever, with collectors sharing information and helping one another through networking clubs, internet forums, and boutiques all over the world. Vacheron Constantin facilitates this sense of community by hosting a website and collector forum dedicated to the brand. The result is a thriving community of members and collectors that are happy to answer questions and share stories about the brand. Additionally, the brand makes it easy to order and obtain certificates of authenticity and other information for watch owners who want to know more about their valuable timepiece or are considering buying or selling a Vacheron Constantin.

If you are considering the wise move of adding a Vacheron Constantin to your luxury watch collection, you should put Central Mega Pawn at the top of your list. We can help you find a genuine article at a fraction of the prices you would expect to pay at a dealer, online, or through an auction house. Below are a couple of things you can do to take full advantage of Central Mega Pawn’s expertise in luxury watches:

Know your budget, as well as the types of models you are interested in. The more specific you can be, the more likely you will get precisely what you want. Once you have narrowed it down and have an idea of how much you will be able to spend, you can search for sales records to get an idea of what to expect.

Get and stay in touch with us!

Vacheron Constantin timepieces are a rare find – when you are doing your research, come in and let us know you are looking for one. Then, give us a call every so often to see if we have one on hand. The effort you put into establishing a relationship with us will pay off handsomely when you add a genuine Vacheron Constantin to your collection at a fantastic price.

If, at any point in the process, you need some guidance, don’t hesitate to contact us! We are here to help you in your search and will do everything we can to get you the Vacheron Constantin timepiece of your dreams.