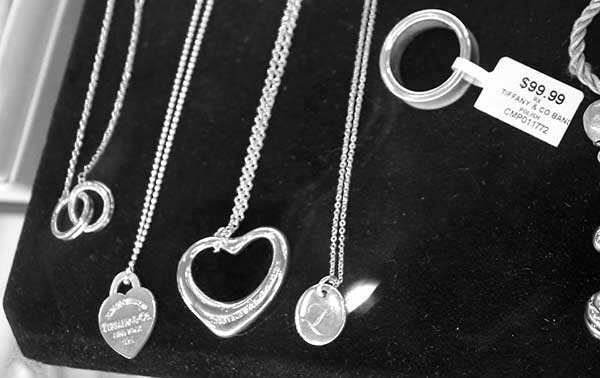 Did You Know that Central Mega Pawn Offers Custom Jewelry?

It’s true! At Central Mega Pawn, we are always looking for unique ways to serve our community, and to go above and beyond our customer’s expectations. To that end, we are proud to offer custom jewelry services. Jewelry is the perfect medium to do everything from expressing yourself to proposing marriage. In this day and age, where mass-production has resulted in everything looking alike, having a custom piece of jewelry made is a way for you to stand out subtly and tastefully.

Although all pawn shops buy, sell and pawn jewelry, very few offer custom jewelry service or even ring sizing. We are proud to provide this service to our community and to make custom jewelry affordable and convenient for everyone. Our talented and experienced in-house jeweler can do everything from custom fitting an engagement ring to working with you to create your dream piece.

What are some benefits of custom jewelry?

A high-quality piece of jewelry is great to have, but a custom piece can carry significant meaning. Here are some benefits of having a hand in designing and creating custom jewelry with Central Mega Pawn’s in-house jeweler:

What you should know about custom jewelry

While the idea of designing a perfect piece of jewelry is undeniably exciting, there are essential factors to consider, regardless of if you decide to use our talented in-house jeweler. Here are some things you should know about the process before you get started dreaming of your custom piece.

Always work with a professional

Anytime you are considering having a piece of custom jewelry designed and created, be sure that you are dealing with an expert. Some jewelers have minimal capabilities but still, promise to deliver unique pieces. Don’t be afraid to ask questions or to keep searching for the right jeweler. Regardless of the type of jewelry you are having made, you want it to be the best it can be. Our in-house jeweler will be happy to answer any questions that you might have about their experience, qualifications, and past work.

Keep the benefits in mind

Designing your custom piece and translating it to your jeweler can sometimes be a frustrating experience. It can be challenging to describe exactly what you want, and the process may take longer than you anticipated. In addition to the benefits described above, keep the following in mind if the quest to design and create your custom jewelry becomes daunting:

Although there are numerous undeniable advantages and benefits of designing and creating custom jewelry at Central Mega Pawn, there are some trade-offs that you would do well to keep in mind:

How the process works

The design stage of the process varies from one jeweler to another. However, generally, a piece of custom jewelry starts with you sketching out the idea. Or, you might collect images of the design elements that you want. Then, you bring your ideas to our in-house jeweler, and they will begin working with you to perfect the design. We will go over every detail of the process with you before getting started on your custom-made article of jewelry.

Why you should visit Central Mega Pawn for your custom jewelry

Our jeweler has over twenty years of experience in repairing, sizing, designing, and creating custom made jewelry pieces. They can guide you in creating that perfect piece that will be part of you or your loved one’s collection for the rest of their lives. Not to mention, you will find your diamonds, gems, and precious metals at a fraction of retail and dealer’s prices when you source Central Mega Pawn for all your jewelry needs. 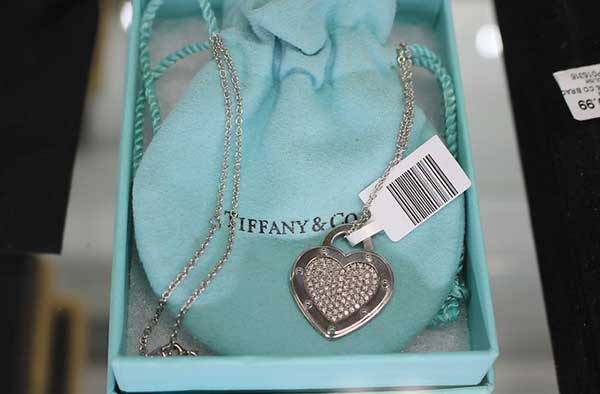 Top 10 Jewelry Designers of All Time

At Central Mega Pawn, we like to recognize the craftsmanship that goes into some of the fantastic jewelry that finds its way into our store. Below, we’ve tried to list who we believe to be the top ten jewelry designers of all time. Each of them possesses the elegant and timeless style and is the unmistakable trademark of the world’s most highly regarded designers. Some of them had humble beginnings, while others were born into high society. However, all of them made their mark by creating and building brands that have delighted lovers of exceptional jewelry.

Bulgari is an Italian luxury brand founded by Sotirios Bulgaris, a Greek jeweler who moved to Rome in 1881. Bulgaris’ love of his adopted country is evident today in the brand’s iconic Serpenti design, which is a collection of gem-encrusted watches and jewelry made to resemble a coiling snake.

The brand is famous for luxurious items, from jewelry and watches to hotels and fragrances. In the 20th century, Bulgari became known for the exquisite architectural metalwork in their pieces, usually featuring gold links and heavy steel.

Elizabeth Taylor’s love of Bulgari jewelry was well-known. She had an extensive collection of custom-made pieces, including a gold Serpenti bracelet that was displayed at Bulgari’s 125th-anniversary exhibition.

This famous brand started as a design house founded by French jewelry designer Louis-François Cartier in 1847. By the mid-1900s, the house grew to become one of the world’s most sought-after jewelry designers, with locations fanning out all around the globe from its Parisian headquarters.

Cartier is famous for classic designs that prominently feature gemstones and precious metals. In 1914, Cartier produced the first of what would become their icon, the Panthère brooch. The brooch is the shape of a prowling panther and covered in diamonds and gems. It quickly became the symbol of the Cartier design house, and new Panthère pieces are debuted every year.

Legendary designer Gabrielle “Coco” Chanel founded this luxury fashion house in the early 1900s. Her jewelry designs are the foundation for Chanel’s famous blend of masculine and feminine styles, with each piece meant to accompany the brand’s luxury and off-the-rack fashion collection.

Some of Chanel’s most iconic designs are simple but elegant, such as long strand necklaces, gemstone brooches, and architectural diamond jewelry. Chanel jewelry is also a popular red-carpet choice for actress across eras, from Marilyn Monroe to Kiera Knightly.

Christian Dior began as a luxury goods company before turning to jewelry design in the 1950s. Like Chanel, Dior jewelry is meant to complement their other luxury items, especially their fashion lines for women. The style of both the jewelry and the clothing usually bold and glamourous and intended to make a statement. Today, Dior is known for its collection of rose-themed jewelry, and for putting a feminine spin on masculine designs.

Like Dior, Hermès of Paris began as a luxury goods firm before turning to jewelry design in the 1950s. However, their models are more diverse than Dior, as they produce luxury pieces in everything from leather to diamonds. Hèrmes has been the designer of choice for icons such as Grace Kelly. Today, they eschew mass production and continue to design and produce their jewelry in small workshops in France.

Mikimoto is the only pearl jewelry company on our list. It was established in the late 1800s by Mikimoto Kokichi, who is known for creating the world’s first cultured pearl. From its first store, which opened in Tokyo in 1899, Mikimoto has made its mark in most of the world’s major cities, including London, Paris, and Bombay. It is also the first Japan-based design house to earn international fame and recognition, even providing the official jewelry for the Miss USA and Miss Universe pageants in the early 2000s. Although Mikimoto makes elaborate pieces that feature pearls, they are most renowned for their elegant and straightforward designs.

Piaget is a Swiss brand founded in 1874 by Georges Piaget. The brand first made its name through luxury watch designs that featured exquisite enamelwork and gemstones. This tradition continued into their lines of jewelry as well, as they are now known for Old Hollywood style and classic rose-inspired designs. Piaget’s jewelry is often worn on the red carpet by celebrities such as Scarlett Johansson, who wore an elegant Piaget emerald choker to a recent Oscars presentation.

The iconic Tiffany brand was founded in New York City in 1897 by Charles Lewis Tiffany. In the early 20th century, Tiffany established itself as an icon of Art Deco and Art Nouveau design with its famous solitaire engagement rings. The motif of these rings is still popular today, as is the brand’s signature lock and key design, which is featured in bracelets, pendants, earrings, and brooches. An American classic, celebrities and fashion icons such as Greta Garbo and Jacqueline Kennedy have proudly sported Tiffany designs.

Known as the “king of diamonds,” Harry Winston owned the Hope Diamond for over a decade before donating it to the Smithsonian. His legend as a diamond expert began when, at just twelve years old, he recognized a two-carat diamond in a pawn shop. He bought it for twenty-five cents, then resold it two days later for $800. He created his diamond empire by purchasing and refashioning the jewelry collection of a deceased railroad magnate into modern and fashionable designs. His work lives on today in numerous high-end shops all over the world.

Founded in 1980 by David and Sybil Yurman in New York City, David Yurman is the youngest design house on our list. Their designs are known for their sculptural and architectural features. Their pieces are meant for everyday wear as well as for formal occasions. Their trademark design is the Cable motif, which is incorporated in some way into every David Yurman collection and features wrapped silver, platinum, or gold wire. David Yurman designs are popular with modern celebrities such as Tina Fey.

You can likely find examples of many of these designers at Central Mega Pawn! Visit us today to see how we can help you add a piece of history to your jewelry collection.