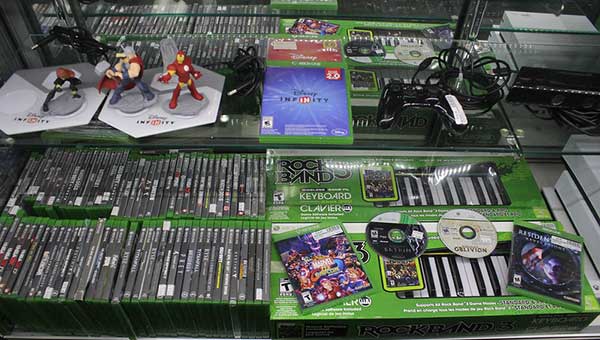 Here at Central Mega Pawn, we aren’t just experts in video games and video game consoles. We are also fans as well. That’s why we’ve put together this list of what we consider to be the top ten greatest video games of all time. The games on our list cover decades and genres and age levels. But they all have something in common: they all made an impact on us, are still fun to play, and are still relevant to today’s gamers.

We wanted our list to be as comprehensive as possible, so we held ourselves to some rules:

So, without further ado, here is Central Mega Pawn’s comprehensive list of the top ten video games of all time:

Alien invasion stories aren’t unique in video games, but Half-Life 2 handles the narrative so well that it makes the concept new, fresh, and scary. Every aspect of the game, from the story down to the tiniest visual detail, makes gameplay genuinely immersive. Clever environmental puzzles, the world-famous and beloved gravity gun exploit an intricate physics engine to make this hellish world feel authentic. You truly hate the enemies, and you live every moment of the story. Undoubtedly one of the greatest narrative video games ever made.

What seems at first glance like a standard entry into yet another video game about a zombie apocalypse quickly reveals itself to be much more than that in the first few minutes of gameplay. Playing as Joel, a grieving single father, players watch his relationship develop with a guarded teenager who may be humanity’s last hope. Combined with beautiful graphics and a haunting soundtrack that sometimes is little more than the sound of grass blowing in an abandoned front yard, the game is unforgettable. Not to mention the unsettling “clickers” and deadly encounters with fellow humans that players encounter and must fight through along the way.

Regardless of how gamers feel about violence or the world of the GTA series, Grand Theft Auto V is a celebration of immeasurable and obsessive details. Even the most experienced players would be hard-pressed to name another title that looks and feels as authentic as the world in GTA V’s Los Santos and its surrounding countryside.

The action in GTA V’s crazy mix of cinematic high-speed chases, shootouts, and crime hijinks might feel outrageous at times, but the world that it all unfolds in feels so real that players can’t help but buy into its sense of fun.

Innovative, beautiful, and captivating, Journey is a short but unforgettable gaming experience. With standard gameplay of around two hours, the game uses every moment to immerse players into a poetic flow. Playing as a featureless desert wanderer, Journey guides players through a beautiful, meditative game that blends disciplined design, cutting-edge technology, and beautiful art into something remarkable and moving, culminating in one of the best end sequences that we can remember. Journey takes players through an emotional quest that is unheard of for a video game.

BioShock is as beloved today as it was when it first came out in 2007. That’s because, despite being a standard first-person shooter, it defied genre and classification so thoroughly that it essentially became its genre upon release. With a gripping metaphysical plot, beautiful art deco style, and a motley cast of broken personas populating the game, BioShock was at once riveting and disturbing. The game takes the player on a journey through the fictional undersea city of Rapture, built by industrialist Andrew Ryan, which is a deliberately thinly veiled reference to Ayn Rand.

BioShock revolutionized the first-person shooter genre and created a new standard against which all other similar games have been judged since. Its influences can be seen in most popular games of today and sparked tons of debate about games as more than time-wasting diversions with its horrifying forms of self-augmentation and examination of extremist modes of thought.

The phenomenon of Pokemon GO that took the world by storm in 2016 has its roots in the game where it all started, Pokemon Red and Blue. Although by today’s standards, its role-playing set up and inventory management might feel dated and clumsy at times, this 90’s game got an entire generation hooked on the promise of adventure, the fun of working with friends to catch all 150+ Pokemon, and introduced flocks of beloved characters.

The Street Fighter series has inspired countless imitators and sequels. However, the one that started it all and set the standard for fighting games is still Street Fighter II. When it first came out, its graphics, characters, and options for gameplay were revolutionary. Its influences on the fighting game genre can be seen in every game from Mortal Kombat to Marvel vs. Capcom. It’s an enduring fan favorite and is still used in competitions to this day, nearly thirty years after its release.

Game developers all over the world dream of creating a game with three elements that will make their game an instant classic: simple, addictive, and timeless. Tetris nails all three aspects with its block-stacking puzzle that probably everyone on earth has played at least one point in their lives.

No list of top video games is complete without at least one Super Mario title. And while Super Mario Brothers 3 belongs on longer lists, we had to narrow it down to one title for our purposes here. What pushed Super Mario World over the top was its balance between being tough but not intimidating, puzzling but not frustratingly so, and always beautiful, funny and joyful all throughout the game, even the water levels. For pure joy and delight, gamers can’t find a better game than Super Mario World.

1. The Legend of Zelda: Ocarina of Time

For many gamers in the late ’90s, the Ocarina of Time was a turning point in video games. For the first time, a video game was a complete artistic expression, from its cutting-edge 3D combat, a storyline filled with nostalgia while refreshing a beloved story, and magnificent soundtrack. Ocarina of Time took what was great about the original stories and world and expanded it in ways that other game developers are still struggling to emulate.

You can likely find many of these games, as well as their respective consoles, at Central Mega Pawn. Visit us today to see how we can help you recapture the magic of your beloved video games or find some new ones that you may have missed out on! We have consoles, games, and accessories at a fraction of retail prices! 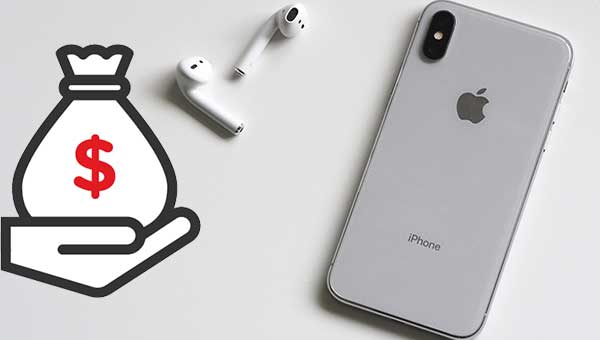 Do Pawn Shops Buy or Loan Money on iPhones?

Here at Central Mega Pawn, we’ve been witness to the smartphone revolution from the very beginning. As such, we consider ourselves experts in buying or making loans against the value of all kinds of smartphones, from Androids to the ubiquitous iPhone. If you’re looking to sell your smartphone for top dollar for quick cash, or if you need a quick loan that won’t put your credit score at risk, keep reading to learn more about how Central Mega Pawn can help you.

The good news is that there is always a market for smartphones in good shape. Used smartphones are bought and sold every day in high numbers because recent models are dependable and longer-lasting than ever before. This means that the active market for smartphones of all brands continues a little longer than in past years. Plus, the majority of people today rely on their smartphones to stay in touch, to get around their city, and for entertainment.

The bad news is that, because new smartphones are released every year, models quickly go obsolete. Some models are no longer updated, or consumers simply aren’t interested in particular models after a while. So, before you bring us your smartphone to sell or to obtain a pawn loan, consider how old the model is.

At Central Mega Pawn, it is our policy always to do our best to help our customers. However, as is the case with ever-changing technology, sometimes we just can’t take an item because it would be too difficult to resell if necessary. As an industry rule, it is entirely up to an individual pawnshop to decide if they will buy or make a loan against the value of a smartphone, and we are not different in this regard. It would be smart to give us a call ahead of your visit to see what demand in our shop is like before you go to the effort of preparing your smartphone for sale or for pawning.

It’s true – the iPhone is not the only game in town when it comes to cool, high-quality smartphones. Central Mega Pawn deals with every brand of cell phone available today. If you have any of the following, we can help you:

Why Central Mega Pawn is the right choice, whether you are selling or pawning

Many times, when people need quick cash, they opt to sell their smartphone online, through an app, or via sites like Craigslist. But, there is a better way that will save you time, effort, and the headache of haggling, all while getting you the highest offer for your phone: your local pawnshop.

And if your local pawnshop happens to be Central Mega Pawn, you’re in luck – we are renowned for our customer service and are proud to serve our community.

As a bonus, selling or pawning your smartphone is also good for the environment, as it keeps toxic batteries and other components of most smartphones out of landfills and gives them new life.

Lastly, if you decide to pawn, you will get your smartphone back after you repay your loan.

How to sell us your iPhone or other smartphones

So you’ve double-checked that your model of smartphone or iPhone is relatively current. Here are your next steps. And even if you are familiar with how pawnshops work, smartphones are a slightly different matter, and not as straightforward as one might expect.

1. Become an expert on your phone

The more knowledgeable you are about your phone, the better your position will be when it comes time to research what you can expect.

Surprisingly, many people forget this vital step. Or, they think that simply deleting files or sending them to the Cloud will keep their information safe. To ensure that you get your data off your phone before selling or pawning, be sure to back up your data to your computer or external hard drive. The best way to back up your data may vary depending on the brand and model of your phone, so be sure to conduct a google search for proper instructions.

After you’ve secured your information, disable location features such as “find my iPhone” or “find my device,” then wipe your data from your phone’s memory by performing a factory reset.

An unlocked phone means that it can be used with any carrier, which means that you might be able to expect a higher offer. Contact your carrier to request that your phone be unlocked before you bring your phone in to us.

4. Gather any original components and do your homework

The more complete a package you can bring us, the higher offer we may be able to make. That means, boxes, manuals, chargers, or any cables that originally came with your phone. Next, look at what your exact model of phone is going for on auction sites or person-to-person sales apps. That will give you a frame of reference for how much people are paying for your type of phone and will help set reasonable expectations.

Bring us your clean, researched phone with as many peripherals as you were able to find, and we will do our best to offer you top dollar in sale or pawn value. Don’t be afraid to negotiate, and be sure to shop around before making your final decision.

If you have any questions about selling or pawning your iPhone or other smartphones, please reach out to us today. We are here to help you.