Tools have far more uses than their intended purpose. In addition to being helpful resources around the home, garage and countless other places, they can also help you get some much-needed cash at your local pawn shop. Regardless of if you are looking to add or subtract from your tool collection, your local pawn shop is the one-stop location for all your needs. Below is our handy guide to everything you need to know to successfully buy, sell, or pawn your tools at your local pawn shop.

Even if you have experience with buying and selling tools, it is vital to learn as much as possible about up-to-date pricing and trends. While prices on tools don’t fluctuate as they do for precious metals and jewels, the market is still vulnerable to changes and updates that affect prices. So, in addition to looking around on the websites for major home improvement stores like Lowe’s or Home Depot, to see prices on tools similar to yours, look at online auction prices like eBay to see what prices are like for new versus used.

If possible, you should even visit a few retail stores to see how the new models compare to yours in features and price. Huge advancements to new models can affect the price of older models in every market.

Your local pawn shop is an excellent place for your tool-buying needs. They will only buy high-quality items that are in demand; in this way, buying tools from your local pawnshop is much safer than buying used online or from a seller, because you know you are getting functional tools for a fraction of what you might expect to pay elsewhere.

Also, sometimes you need a specific tool for a job and don’t want to buy it or deal with the hassle of renting. Use your local pawnshop to get your job done. When you are through with it, you can even sell it back for a portion of the price you paid. Additionally, when you are curious about how a specific tool might work out, you can pick one up at your local pawnshop for a low-risk experiment. If you decide to keep it, you can rest assured that you did not pay full price and will have a great new addition to your toolbox.

When you get to your local pawnshop to buy, do the following:

Name brand tools are always in demand at pawn shops across the country. You will get higher prices at your local pawns shop than if you’d tried to sell online or through a person to person app. Better yet, you will not have to pay shipping fees or deal with finicky customers or returns. In other words, it is hassle-free to sell your tools at your local pawnshop.

Pawning tools can get you a surprising amount of money. Depending on brand and condition, quality used tools can net anywhere between $50 and $150 for a single piece. If you were to sell these same pieces at a garage sale, it is unlikely that you’d get nearly as much for them. Also, pawn shops are in an excellent position to offer more money at certain times of the year or when demand is higher for your item. For example, around springtime, power tools, especially those for yard maintenance are going to go at a premium since more people, homeowners and workers alike, will be preparing for the summer season.

Another surprising benefit of selling power tools to your local pawn shop is that it helps the environment and your community by not only keeping a tool out of the trash but also giving someone access to a tool that they might not be able to afford otherwise.

Before you take your items in to sell, consider the following steps, and remember that condition is king when it comes to selling tools to your local pawn shop:

Top brands that are generally always in demand include:

Brands that have a little harder time:

The more you know about your tools, the better position you will be in when it comes time to negotiate.

Your tools can help you get quick cash in an emergency. They are actually among the most popular items people pawn when they need money. You can use them as collateral on a loan that won’t hurt your credit score or require a credit check. For lots of reasons, a pawn loan is a far better option when you need quick cash than bank loans, payday loans, or cash advances on a credit card.

With a little bit of research, you could pawn your tools to get you some cash during a time that your tools would just be sitting around and gathering dust and reclaim them once you’ve paid back your loan.

Whether you are buying, selling, or pawning your tools, a skill that will come in handy is the ability and willingness to negotiate with your pawnbroker. One of the best things about working with your local pawnshop to buy, sell or pawn your tools is that you may have room to negotiate the offer on your price or loan terms; his is where your research will come in handy – you will walk in knowing what it is a fair price and will be able to work knowledgeably with your pawnbroker to arrive at a price that works for everyone.

Pawnshops are members of your community. As such, they want to make connections with their neighbors and keep them happy. It may pay to become a regular customer at your local pawn shop, as they may be willing to extend very favorable loan terms to you or better offers on your tools. Visit us today to see how we can help you get great tools at amazing prices, or how we can help you get top dollar for your high-quality used tools! 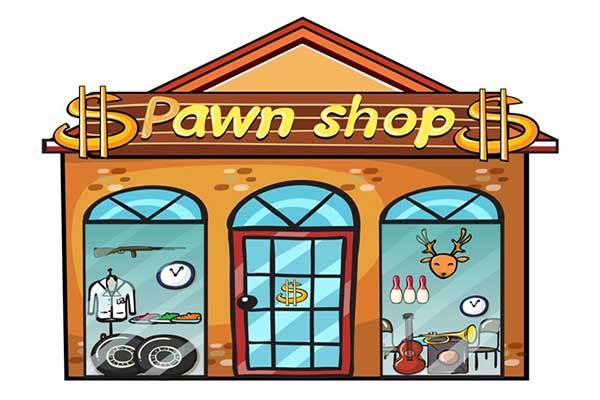 Pawnshops are much more than what you see on reality TV or in movies. And they are much more than the merchandise they offer for sale. Each pawnshop is as individual as the people running them and the items they choose to stock. However, every pawn shop has a handful of things in common that make them special. Here are five reasons why your local pawn shop rocks:

1. Pawnshops are an ancient institution

For about as long as humans have been bartering, they’ve been using pawn shops. Pawnshops are first on record more than 3,000 years ago in Ancient China as a way to grant short-term-loans to peasants. Pawnshops and pawnbrokers had their first heyday in Ancient Greece and Rome when pawning was a way for merchants to get small shops up and running.

In fact, in the 14th and 15th centuries, short-term credit granted by pawnshops were what allowed businesses to get up and running. In the 18th century, public pawnshops even set up charitable funds in Europe to offer low-interest loans to the poor to curb debt. Pawning clothing and items was a common way for the poor of the 19th century to make it through the week.

Pawnshops also feature prominently throughout history; England’s King Edward III pawned his jewels in 1388 to help finance war against France. Queen Isabella of Spain is even theorized to have pawned her royal jewels to fund Christopher Columbus’ expeditions to the New World.

2. Santa is the patron saint of Pawnshops

Many people would be surprised to learn that the patron saint of pawnbrokers is one of the most beloved figures in the Western World: Saint Nicholas, AKA Santa Claus. In one tale about his amazing deeds, he rescued the daughters of a poor man from becoming prostitutes by giving the father three bags of gold to be a dowry for their marriages. He is said to have dropped the bags down the chimney at night so that no one could identify the benefactor.

3. Pawnshops work for the people

For the most part, pawnshops are there to serve their communities. They are beholden only to themselves and the people they serve, not some corporate interests. They are part of an ancient tradition and proudly carry on the service that has made them such an important part of a functioning society.

While people from all walks of life use pawnshops, they are especially popular and useful for those outside the financial mainstream. More than one-quarter of U.S. households are unbanked or underbanked, according to the Federal Deposit Insurance Corp. Without the aid of financial institutions, many families turn to services like payday loans, and check cashing places that charge predatory feeds for everyday services that many take for granted.

Pawnshops are a helpful alternative to those outside the financial mainstream, as they offer low-risk loans that do not need a credit check. If someone in need can’t repay their pawn loan, they risk their item, but their credit will remain unharmed, unlike high interest.

Not only can a pawn loan be obtained without a credit check, but the debt is relatively low-risk. If someone can’t repay their pawnbroker, they lose the item, but there will be no black mark on their credit report. Compare that to high-interest payday loans, which can easily trap consumers in a spiraling cycle of debt.

For low-income or unbanked members of a community, their local pawnshop is a lifeline. Traditional big banks have done a poor job of meeting the needs of so many Americans. Increasingly, pawnshops are stepping in to extend a helping hand.

Also, because pawn shops are usually independent, they have the freedom to negotiate with their customers to arrive at prices and terms that work for everyone. The power to negotiate can be a valuable service for customers who take the time to educate themselves and is something that is simply unavailable to people who use mainstream financial institutions.

4. Most pawnshops are clean and friendly places

Pawnbrokers of today are savvy about how important it is to put their best foot forward. They are no longer the stereotypical places of the past and make an effort to maintain a clean, well-lit store stocked with high-quality, legitimate goods. Some even make use of social media like Twitter to post fun photos of their merchandise and other updates on the store that provide an idea of the people behind the shop. Your local pawn shop wants to welcome you and make you feel comfortable.

5. Pawnshops see value in almost everything

The most popular items to pawn are fairly constant: jewelry, electronics, tools, etc., but they are open to considering almost anything. Because a pawn shop is a reflection of the community it serves, the pawnbrokers are knowledgeable about unique items that they can buy.

The staff at your local pawn shop can offer honest advice to help you make the right decision on selling your items. Whether you have valuable jewelry or some unique item, there will be no pressure to sell, and they will be open to hearing your thoughts on your offer.

In fact, most pawn shops want to help people reclaim their merchandise. Because pawn shops are always well-stocked, it can be easy to assume that most people never manage to pay off their debt and reclaim their items. However, according to the National Pawnbrokers Association, 80% of pawned items are bought back by the original owners. This is a telling statistic that implies that pawnshop loans work and that the pawnbrokers are doing a great job of extending favorable loan terms and working with their customers to get them deals they can manage.

When you work with your local pawn shop to buy, sell, or take out a low-risk loan, you are dealing with a professional who cares about providing the best possible service at every transaction. Come visit us today to see how Central Mega Pawn rocks in its special way.