Do Pawn Shops in the Inland Empire Buy and Sell Hermès Designer Watches? 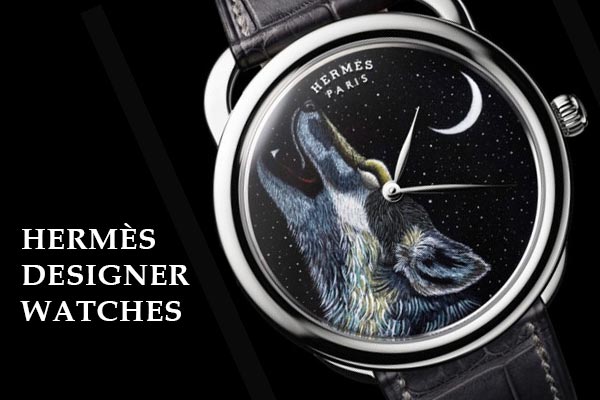 Hermès is a name that goes a long way back. Your ancestors may remember them for their exquisitely crafted leather goods and their art stays true to this day. You don’t need to be a serious collector to see the value in such beauty. The moment you lay your eyes upon a Hermès watch, you’ll understand all that you need to know as you struggle to break free from it’s mesmerizing features. Residents of the Inland Empire can buy and sell their Hermès designer watches at a trusty pawn shop as long as you know where to look.

The Hermès name is one that will forever go down in history. Where many brands have only been around for mere decades, this renowned company has been expertly crafting high-end pieces for over a century. For this reason alone, their watches are among the most sought-after around the globe.

Dating all the way back to 1837, Thierry Hermès began his business creating harnesses and saddles that the locals absolutely yearned for. It was everything they wanted in a smooth and luxurious ride which earned a well-deserved award thirty years later. A couple generations down the line, Émile Hermès introduced the company to watchmaking in 1928 and the brand’s name had skyrocketed in popularity ever since.

Being around for over 150 years, the Hermès company history is an impressive one to say the least. The brand continues to innovate, their most recent accomplishment being the release of their lip products in 2020. It’s safe to say that Hermès will continue to thrive as long as they keep their future on the horizon.

Hermès watches are recognized for their gorgeous simplicity. You can especially see their knack for design in the popular Cape Cod design, unifying modesty, functionality, and satisfying aesthetic all in one seamless motion.

Because design means so much to the brand, the artistic department is branched into specialized categories. Aside from the overall general director, there are ten teams each dedicated to a significant aspect of the company’s repertoire:

Each of these groups are led by their own artistic and creative director to gracefully design products that never cease to amaze the people who love their work.

As you can see with how the Hermès brand began their journey with saddles rather than watches, their designers continue to tread unfamiliar waters to find more ways to appeal to their fans so they may incorporate more of the company into their everyday lives. Being six generations deep into impeccable entrepreneurship, the French-based business also crafts various leather goods, make up, hats, and full apparel.

In a successful effort to keep up with the times, Hermès collaborated with Apple to create a designer band for the Apple Watch which went completely viral. Having one of these stylish, modern bands is sure to get you compliments wherever you go.

As you can probably figure out from learning about what makes the brand so incredible, Hermès watches cost enough to make a dent in anyone’s bank account unless you know where to look. On the contrary, owning a Hermès watch can fetch you some decent cash if taken to the right place.

Hermès prides itself in its global online store, but like negotiating the ticket price on a car, buying a watch should be more flexible than submitting to the set retail price. When you go to a pawn shop, inventory prices are negotiable because although the pieces are like new, they each have their own unique backstory that can factor into the value. So if you’re looking to own a quality Hermès watch, this is the best method for saving a few extra bucks.

There’s no denying that purchasing from a pawn shop is a way better deal, and you won’t even have to give up quality because a good dealer will make sure that each piece is in the best shape before it goes under the glass. For almost half the price, it really is a no-brainer!

A Hermès watch can pack your wallet, but where would you even sell it? Posting a listing online is never a good idea because buyers will always look for the cheapest option and undervalue your watch. Not only that, but there are even more problems that come from selling online. If you take it to a reputable pawn shop, any expert evaluating your piece will appreciate the value and buy it from you for what it’s actually worth.

When looking for a reputable pawn shop to trust with your sales transaction, here are a few things to consider:

Finding a local pawn shop with all of these traits is not as hard as it seems. Before you go off spending precious time on unnecessary research, read ahead to discover the best place to go in the Inland Empire.

Where in the Inland Empire can you go that is trustworthy, safe, and friendly? Central Mega Pawn has designer watch experts that you can count on and they’ll always give you the best possible price for you whether you’re looking to buy or sell your Hermès watch. Their sheer number of positive reviews speak for themselves and they’ve been happily serving the area for over ten years so they have a great relationship with the local community. When you go to Central Mega Pawn, you can rest easy knowing that you’re in good hands.