Buy or Sell Your Piaget Watch in Upland

When you own a Piaget, you’re not just wearing a watch. You’re sporting a sophisticated work of art that also happens to excel at telling time. The geniuses who design these timeless pieces have had over thirty years to perfect their craft and it shows. Whether you’re looking to buy or sell a Piaget watch, come visit the friendly staff at Central Mega Pawn near Upland. We understand why these stunning pieces are worthy enough to take center stage at the world’s most exclusive museum!

The Elegance of Piaget Watches

There are many reasons why Piaget watches are held to such high standards, and much of it has to do with the sophisticated beauty of it all. As stated on their official website, the design is “the fruit of an exceptional marriage between the watchmaking and jewelry arts.” We couldn’t put it any better! 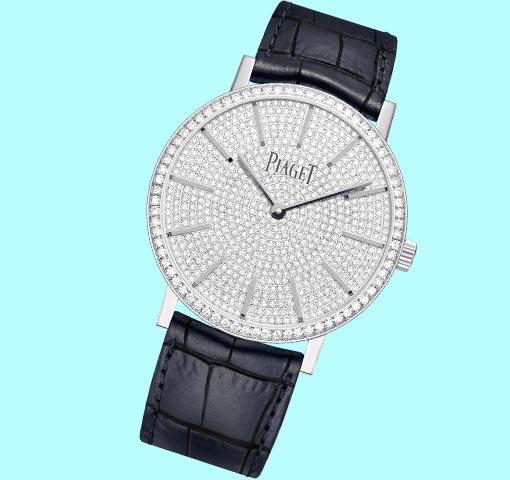 Piaget’s most impressive feat is that of their thinnest movement. At a mere 2 millimeters, the company was the first to achieve such a difficult task. Crafting such thin movements allows them the freedom to design slim, sophisticated watches where the gems can quite literally shine. You can discover all of the different types of movements that Piaget has to offer.

The Flair of Jewelry

Because Piaget mastered inhumanly thin movements, they are able to design their watches to be on par with any other piece of jewelry without the burden of being heavy like most other watches. Flaunting your shiny band won’t put a strain on your wrist with its lightweight composition. There is really so much that goes into the craftsmanship of a Piaget watch!

The lightweight configuration of Piaget watches allows gems to strut their stuff without holding back. Diamonds, sapphires, rubies, and emeralds are just a few of the gemstones that the brand has worked into their art, and they aren’t shy with how many they set in.

Buy and Sell in Upland

If you’re in the Upland area, Central Mega Pawn is your most reputable pawn shop to buy and sell Piaget watches. Other than recognizing the absolute greatness of the Piaget brand, we’re known for having the best overall service and inventory. Our knowledgeable staff is professional, friendly, and sympathetic to your needs while offering the quickest, most convenient transactions. We’ve been making customers happy in the area for over twenty years with no plans to stop anytime soon!

We encourage you to check out our watch inventory online as listings are frequently changing. Once you see something you like or have something to sell, come visit us at 11031 South Central Avenue in Ontario for a free appraisal or call us at (909) 627-9622.